North Korea's Blown Up Its Nuclear Sites Before. It Didn't Stick. 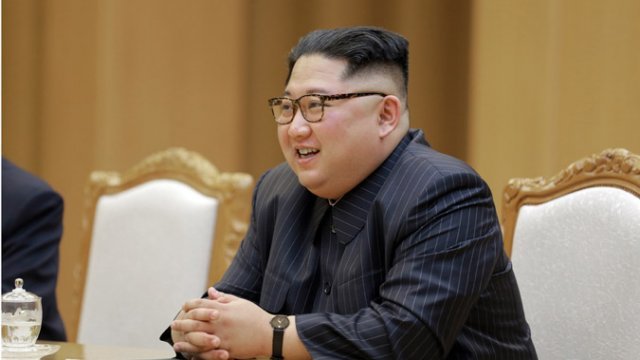 SMS
North Korea's Blown Up Its Nuclear Sites Before. It Didn't Stick.
By Matt Picht
By Matt Picht
May 15, 2018
North Korea's pledge to destroy its nuclear testing site might be more about show than substance, if past actions are anything to go by.
SHOW TRANSCRIPT

North Korea says it's planning to cut off all access to Punggye-ri, the country's only nuclear test site. And it wants to invite international journalists to watch.

This isn't unprecedented. In 2008, North Korea blew up a cooling tower at the Yongbyon nuclear complex as a symbol of its pledge to freeze its nuclear weapons program. Foreign media were on hand to capture the tower's fall.

Then, as now, North Korea is mostly making symbolic gestures. Yongbyon had already produced enough plutonium for at least five nuclear weapons by the time it was taken offline. 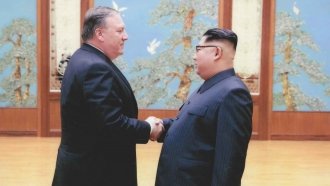 Pompeo: US Could Help North Korea Improve Its Economy

And with six nuclear tests under his belt, North Korean leader Kim Jong-un probably already has all the info he needs to keep advancing his nuclear weapons program.

The Yongbyon demolition also highlights how reversible denuclearization can be. North Korea reopened the site in 2013 after diplomatic talks broke down in 2009. The reactor is likely still in operation today.

Destroying Punggye-ri won't be quite as easily undone. There's some speculation the site is already unstable for testing. But the North could always just build a new test site if it wants.

It's worth noting, though, that North Korea agreed to dismantle Yongbyon in exchange for fuel shipments and other assistance. This time, Kim is disabling Punggye-ri as a goodwill gesture ahead of negotiations.

President Trump has welcomed the reactor's closure as a "very smart and gracious gesture." He's scheduled to meet Kim face-to-face in Singapore on June 12.