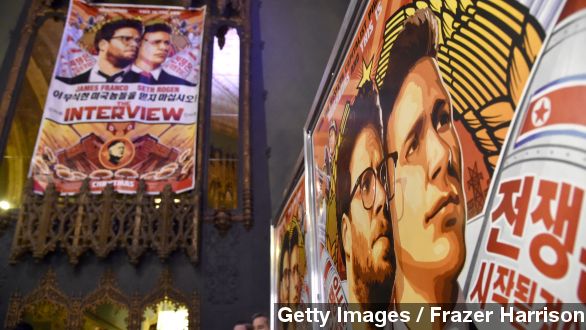 The FBI — which is investigating the hack on Sony — has an offer of help from the unlikeliest of sources.

North Korea wants the U.S. to participate in a joint investigation to find out who’s responsible. You heard that right.

The very country the U.S. has blamed for the attack says it can prove who was really behind it. And its state media is warning of “grave consequences” if the U.S. doesn’t play along. (Video via ODN)

The threat comes a day after the FBI officially pointed the finger at North Korea.

The rogue nation was suspected of being involved, in part, because of the hackers’ focus on “The Interview”  — a film that depicts the fictional assassination of North Korean leader Kim Jong-un.

Following a vague terrorism threat against any theaters that screened the film, Sony cancelled its Christmas Day release — a move criticized by President Obama.

"I wish they had spoken to me first. ... We cannot have a society in which some dictator someplace can start imposing censorship,” President Obama said during a press briefing at the White House.

An unnamed administration official told The Wall Street Journal, the White House was considering re-designating the country a state sponsor of terrorism.

The Hermit Kingdom spent 20 years on that list before it was removed by the Bush administration in 2008.

This video includes an image from Getty Images and random letters / CC BY-NC-SA 2.0.