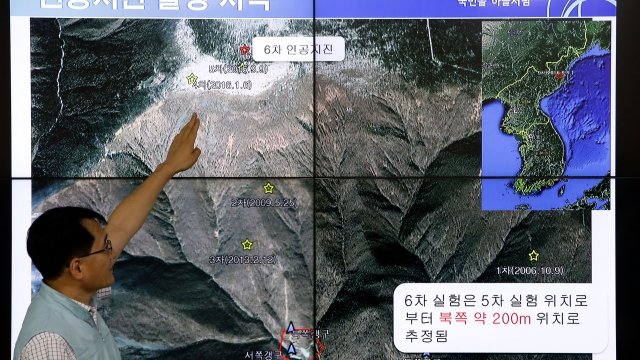 North Korea's latest nuclear test might have severely disturbed the land around the site.

Satellite images taken a day after Sunday's test show what experts say are landslides throughout the Mount Mantap area.

Plus, the Hermit Kingdom claims the explosive power of the bomb can be adjusted between tens and hundreds of kilotons. The bomb dropped on Hiroshima was about 15 kilotons. 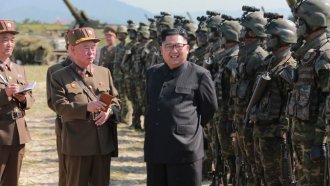 38 North said it didn't detect any collapses in the mountain after the test.

Still, some Chinese scientists worry the mountain might not hold up much longer if North Korea keeps testing. If the mountain caves, experts say radiation could spread across the area.