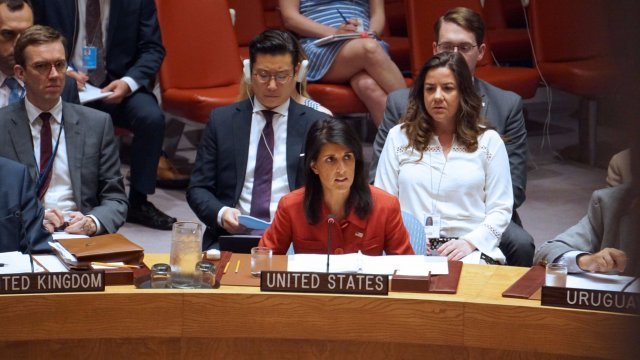 SMS
The UN Security Council Is Struggling With Solutions To North Korea
By Matt Picht
By Matt Picht
July 5, 2017
The U.N. largely agrees that North Korea's ballistic missile tests are a problem but is more divided when it comes to how to solve them.
SHOW TRANSCRIPT

The council strongly condemned the launches but was less united when it came to what to do about them.

U.S. Ambassador to the U.N. Nikki Haley called for more economic pressure on North Korea, saying nations that trade with the regime could jeopardize their relationship with the U.S. 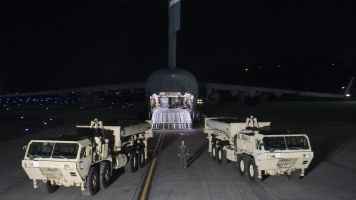 Haley told the council, "There are countries that are allowing, even encouraging, trade with North Korea in violation of U.N. Security Council resolutions."

That follows a tweet from her boss calling out China's trade with North Korea.