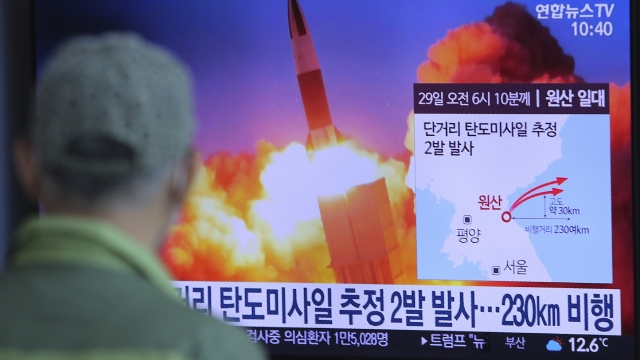 North Korea launched its sixth and seventh projectiles in less than a month Sunday.

South Korea and Japan both reported the projectiles hit in the sea off the coast of Japan. The type of projectile hasn't been confirmed, but Japan says they appear to have been missiles.

North Korean leader Kim Jong-un announced at the beginning of the year that his country would unveil "a new strategic weapon" in the near future.

Earlier this month, officials from five European countries called for a closed-door U.N. Security Council meeting to discuss the missile launches. A spokesman for North Korea's Foreign Ministry later condemned the meeting, saying the countries' "reckless behavior" would lead to "another momentous reaction."

South Korea called the launches "very inappropriate," especially with the context of the coronavirus pandemic. North Korea insists it hasn't had a case of COVID-19. However, many experts doubt that claim and worry how the country's dysfunctional health care network would handle an outbreak.