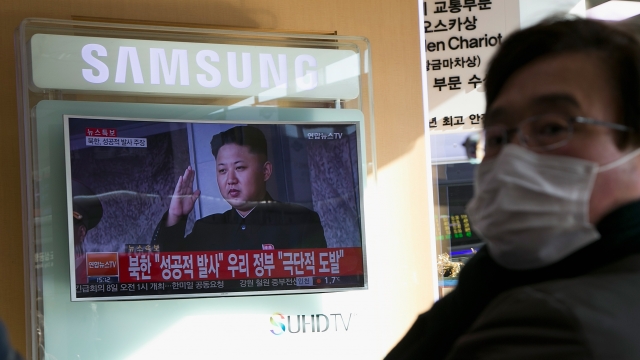 The missiles landed within 200 nautical miles of Japan's coastline.

North Korea launched four ballistic missiles Monday, landing most of them within 200 nautical miles of Japan's coastline. This is the country's second missile test in less than a month.

Many experts see this as a reaction to the annual joint U.S.-South Korean military exercises being carried out right now.

The exercises have been happening for four decades, and North Korea tends to act out in response around this time every year.

But this year, North Korea's actions may be spurred by the fact that the U.S. is trying to give South Korea a missile defense system, called THAAD, as soon as possible.

That system senses incoming missiles and shoots them down at higher altitudes. An expert told CNN one way to beat it could be to send out multiple missiles at the same time.

China announced it has banned imports on North Korean coal for the rest of the year.

Still, another expert argued North Korea wasn't trying to send a message to the U.S., South Korea or Japan –– but to its ally China.

Partly in response to North Korea's previous missile launch, China announced it won't be importing any more coal from North Korea this year.

North Korea's fragile economy depends on those exports. An expert told the Washington Post the latest test was a way of telling China the coal decision will be harmful.