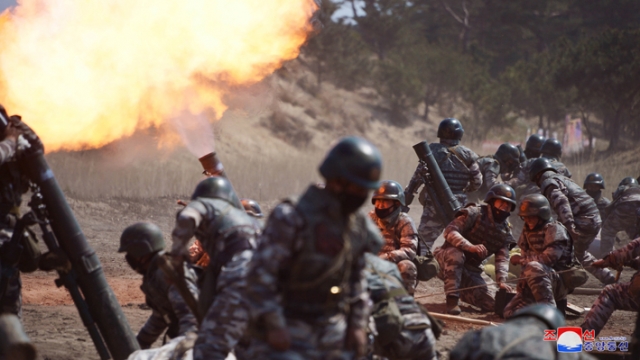 State media reports it consisted of soldiers firing mortars in a target shooting exercise, with awards given to top performing military units.

North Korea has also been testing a series of short-range missiles over the past few months. Kim announced at the beginning of the year that his country would unveil "a new strategic weapon" in the near future.

Friday's drill was held ahead of North Korea's Supreme People's Assembly meeting. That has caused some international concerns over its large gathering of delegates amid the coronavirus pandemic.

North Korean state media have been quiet about whether the meeting was held as planned.