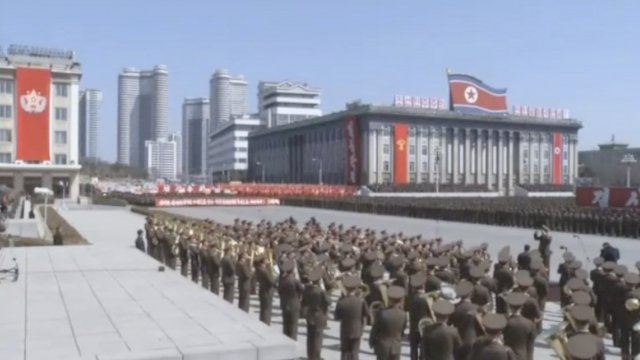 North Korea held a military parade on Sunday — without its intercontinental ballistic missiles.

It's the country's first show of military might since denuclearization negotiations with the U.S. started in June.

Experts told CNN before the parade they thought North Korea might choose not to show off its ICBMs in an effort to avoid provoking U.S. President Donald Trump.

Negotiations between the U.S. and North Korea appear to have stalled. At Trump's request, Secretary of State Mike Pompeo canceled a trip to the country last month. Both said Pyongyang hadn't made enough progress on denuclearization.

Sunday's parade was held to celebrate the 70th anniversary of North Korea's founding.

Its overarching theme was reportedly economic development and improving the lives of North Koreans. That, along with the lack of ICBMs and fewer anti-American slogans, reportedly made the parade a much more understated event than previous years.