North Korea Has Moved Up Its Rocket Launch Despite Criticism 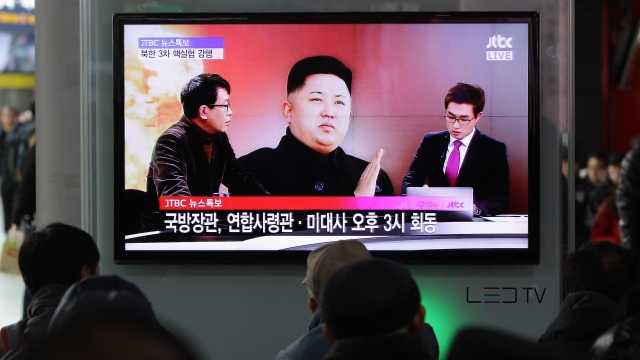 SMS
North Korea Has Moved Up Its Rocket Launch Despite Criticism
By Ben Lawson
By Ben Lawson
February 6, 2016
North Korea says its upcoming rocket launch is purely scientific, but some outside officials, including those from China, don't see it that way.
SHOW TRANSCRIPT

North Korea has moved up and narrowed the window for its upcoming rocket launch by one day.

South Korean officials say its northern neighbor will carry out the launch between Feb. 7 and Feb. 14. (Video via KCNA)

This comes just days after news of the North's plans broke. The country claims it's attempting to put a satellite into orbit, but some say the launch is a front for a long-range, ballistic missile test. (Video via CNN)

This is very similar to a situation that played out in 2012. North Korea successfully put a satellite into orbit, but the move drew international condemnation with The White House calling it a "highly provocative act that threatens regional security."

Like 2012, the country claims the upcoming launch is purely scientific, but even China — North Korea's most prominent ally — doesn't seem convinced and tried to talk the country out of the launch. (Video via KCNA)

Outside countries have long tried to control North Korea through economic sanctions, but those seem to have done little to rein in the reclusive nation.