North Korea Fires Two Projectiles Into The Sea Of Japan 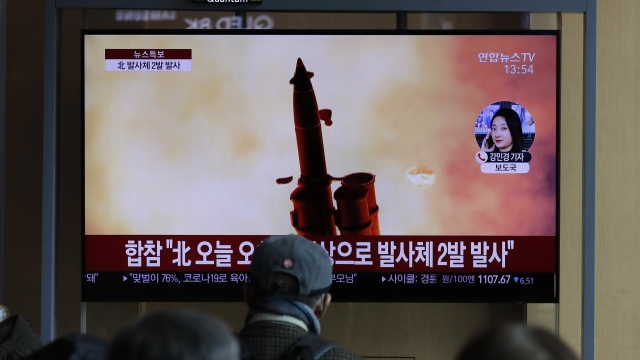 North Korea launched two projectiles into the Sea of Japan Monday, according to South Korea's Joint Chiefs of Staff.

South Korea's military said it's "monitoring the situation" after North Korea fired what are believed to be short-range ballistic missiles off its east coast.

A South Korean military officer said it's possible that Monday's launch was part of those military drills, which are expected to continue throughout the month of March.

If the projectiles are confirmed to be missiles, the launch will be North Korea's first such test since late November. In total, North Korea conducted 13 rounds of missile tests in 2019.

Kim said in early January that he no longer feels bound to his self-imposed suspension of nuclear and long-range missile tests. He also said the country would unveil "a new strategic weapon" sometime in the near future.