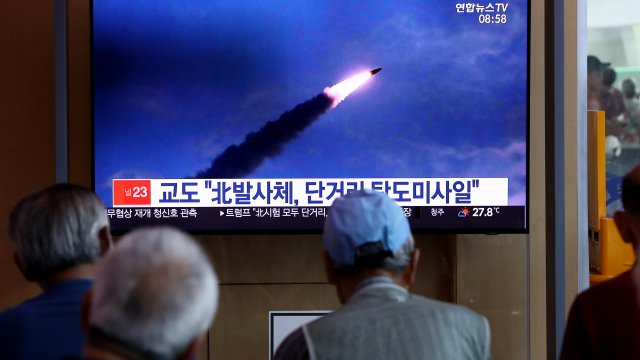 North Korea fired two unidentified projectiles toward the East Sea, according to a statement from South Korea's Joint Chiefs of Staff. This is now the eighth round of launches the country has set off since late July, and it comes hours after a now-contradictory claim.

North Korea says it's willing to resume nuclear talks with the United States. North Korea's First Vice Foreign Minister said in a statement the country is willing to talk toward the end of September; the two countries just need to agree on a time and place.

But she did express one condition: The U.S. needs to bring new ideas to the table. She said North Korean leader Kim Jong-un called for Washington to "fold the current calculation method and approach us with a new calculation" back in April. The minister continued on to say, "I think the United States has had enough time to find a calculus to share with us." Talks may end if Washington doesn't meet this condition, according to the statement.