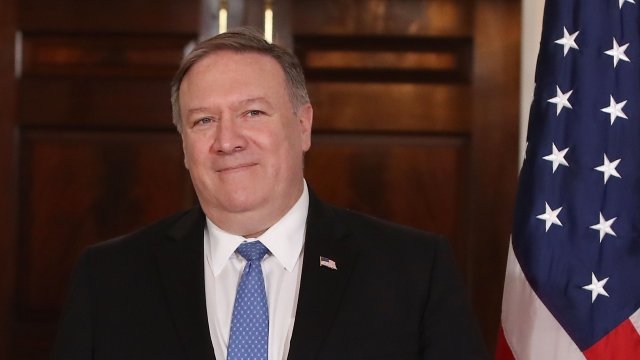 That statement is in contrast to Secretary of State Mike Pompeo's. He was in North Korea for two days and suggested things were moving in a positive direction. Pompeo told reporters the countries had "made progress on almost all the central issues."

North Korean officials, however, said some of the issues the U.S. raised were the same issues that sank previous talks of denuclearization.

On Friday, watchdog group 38 North said satellite images showed that the North had finished a secondary cooling system for its nuclear research facility. In June, the watchdog group reported that same facility was being worked on at a "rapid pace" but that it "should not be seen as having any relationship to North Korea's pledge to denuclearize."

When asked about the report from June, Pompeo said the U.S. has talked to North Korea about the issue and how to achieve "what Chairman Kim [Jong-un] and President Trump both agreed to."