North Korea Demands Return Of Cargo Ship Seized By The US 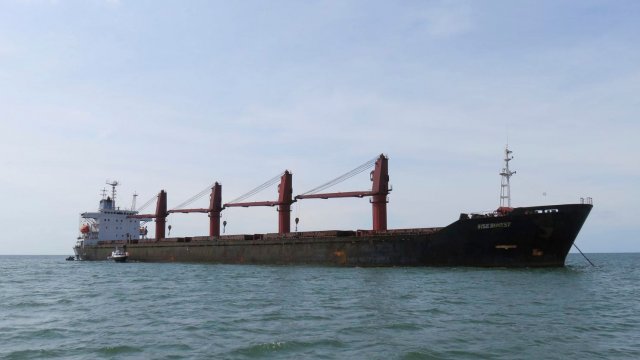 North Korea is demanding the return of a cargo ship that was seized by the U.S. for violating international sanctions.

The Korean Central News Agency quoted a foreign ministry spokesperson as saying the U.S. committed an "unlawful and outrageous act" when it seized the ship last week.

The spokesperson added that the seizure violates the spirit of the agreement made by U.S. President Donald Trump and North Korean leader Kim Jong-un last year.

And he said the U.S. "should ponder over the consequences its heinous act might have on the future developments and immediately return our ship."

U.S. authorities say the massive cargo ship — called the Wise Honest — was being used to illegally export North Korean coal. Back in 2017, the U.N. Security Council passed a resolution banning the country from doing just that. The DOJ said this is the first time the U.S. has seized a North Korean ship for international sanctions violations.