North Korea Criticized Some US Officials, But Not Trump 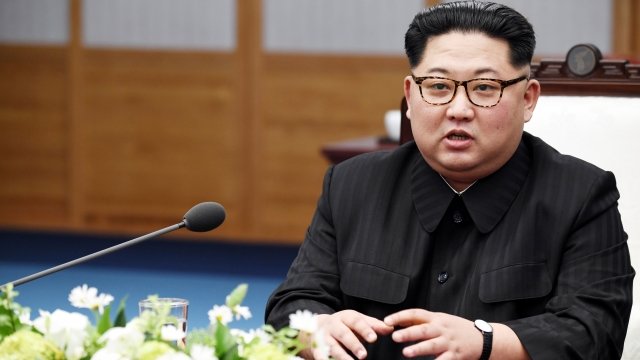 North Korea has once again ramped up its verbal attacks on the United States, but the Kim regime seemingly wants to be clear they're upset with people other than President Donald Trump.

Pyongyang issued a letter Thursday, in English, accusing "some high-level officials within the U.S. administration are making baseless allegations against us and making desperate attempts at intensifying the international sanctions and pressure." The letter also claimed those officials were going against Trump's intentions.

One of those high-level officials they're referring to could be national security adviser John Bolton, who told CNN this week the Trump administration doesn't think North Korea is living up to its end of the deal the two countries struck in June.

Another could be Secretary of State Mike Pompeo, who warned countries not to help North Korea avoid sanctions and to keep up the pressure. Recent reports say the United Nations has evidence North Korea is skirting sanctions and is still advancing its nuclear program.

The U.S. has maintained it will keep sanctions against North Korea until it denuclearizes.