Why N. Korea May Be Added To A State-Sponsored Terrorism List 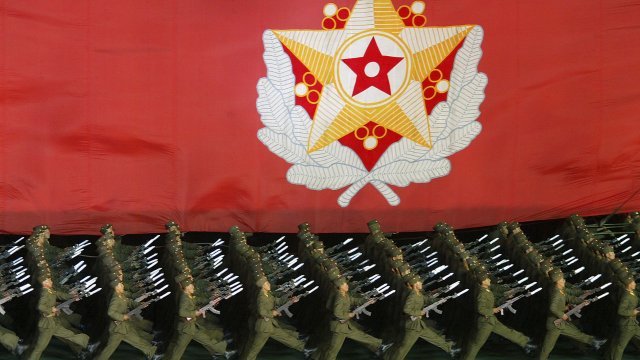 The U.S. is reportedly mulling returning North Korea to the list of state sponsors of terrorism.

A country is added to this list if it "repeatedly provided support for acts of international terrorism."

The country's missile testing usually grabs the most headlines, but it's the alleged assassination of North Korean leader Kim Jong-un's half-brother earlier this year that could land the country back on the list.

"A regime that murders someone at a public airport using nerve agent, and a despotic leader who murders his brother in that manner, I mean, that's clearly an act of terrorism," White House national security adviser H.R. McMaster said during a press conference.

If added, North Korea would join Iran, Syria and Sudan.

Countries on the list face increased sanctions, including a ban on weapon exports and sales, control over exports that could be used to help the military, a ban on economic assistance and various financial restrictions.

The designation isn't likely to add much tangible pressure to North Korea, which is already facing a wide array of economic sanctions over its nuclear program. The move would be more symbolic for the U.S.

The list has seen a handful of additions and removals since it was created in the '70s. Politics and foreign policy, rather than actual terrorism sponsorship, often dictates which countries are added and deleted.

An airplane bombing put North Korea on the list in 1988. It was removed after it agreed to reduce its nuclear program in 2008.

The State Department just missed a deadline to determine whether North Korea should be placed on the list, but the department is still reportedly weighing the decision.

Multiple lawmakers have pushed for the addition, citing the death of American college student Otto Warmbier as the most recent example of the country's string of "heinous acts." 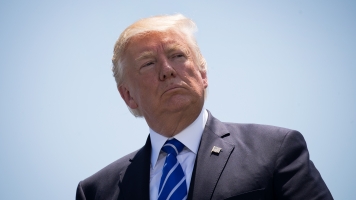 Trump Went Off-Script In His Speech About Terrorism

In a press conference Thursday, McMaster said he thinks the decision would be coming soon.