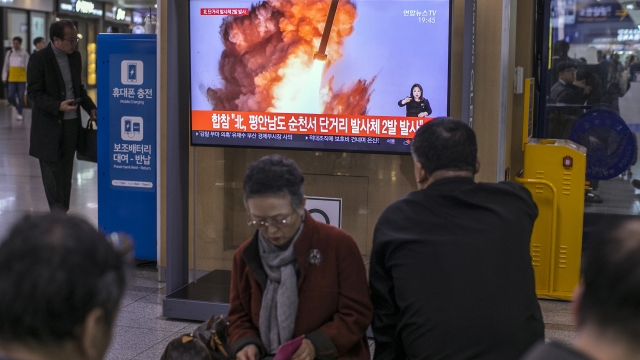 Earlier this week, North Korea said the U.S. would be "seriously mistaken" to ignore an end-of-the-year deadline to bring a better deal to the table.

It's the third time North Korea has tested this new rocket system since August. State media reported on Friday that the test-fire verified the systems ability to "totally destroy" a target.

South Korean and Japanese militaries said Thursday that the North fired two projectiles into its eastern sea. The projectiles flew for more than 200 miles before landing in waters between North Korea and Japan. The launch came just days after the country warned there could be "an exchange of fire" if the U.S.-North Korea situation deteriorates.

The two sides met in Sweden in early October to restart negotiations over North Korea's nuclear program. The countries gave conflicting accounts of the meeting, with the U.S. denying North Korea's accusation of carrying an "old viewpoint and attitude." North Korea's foreign ministry told state media it has no plans to meet again unless the U.S. prepares a better offer by the end of the year.

A senior North Korean official said on Sunday the lack of progress is testing the North's patience and the U.S. would be "seriously mistaken" to ignore the deadline.