North Korea Claims The US Plotted To Kill Kim Jong-Un, Gives No Proof 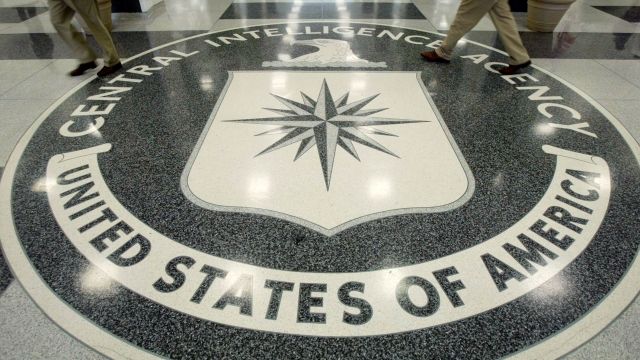 North Korea is accusing the U.S. and South Korea of plotting to assassinate leader Kim Jong-un.

State media claims U.S. and South Korean intelligence agencies were working together with an unidentified terrorist group to carry out an attack, possibly with a biochemical weapon at a military parade. None of the accusations have been verified.

But they come at a time when tensions are rising. North Korea has conducted numerous missile tests this year.

Meanwhile, U.S. forces continue routine training with South Korea's military, including recently sending an American naval strike group to the Korean peninsula. And an American-made defense system, known as THAAD, is up and running in the country. It can detect incoming North Korean missiles and shoot them out of the sky.

In fact, the U.S. and North Korea's relationship has become so strained that China — North Korea's main ally — told the two countries to "stop irritating each other."

In a recent interview with Bloomberg that received some criticism, Trump said he'd be "honored" to meet with Kim Jong-un "under the right circumstances."

Days later, the U.S. House of Representatives voted to impose new sanctions on North Korea. Those sanctions — and that tension — could get even tighter if North Korea is added to the U.S. list of state sponsors of terror.