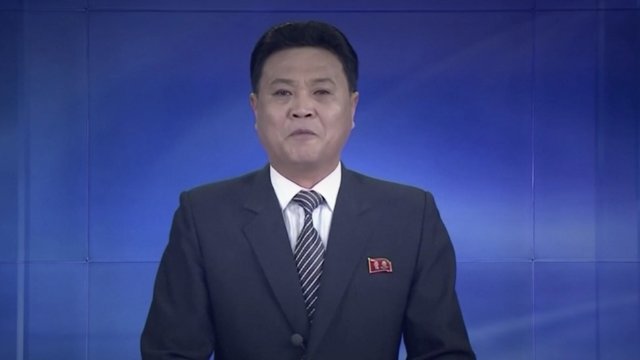 North Korea says the latest round of sanctions imposed on it by the United Nations is an "act of war."

In a statement published by state media, the Ministry of Foreign Affairs said the U.S. should "wake up from its pipe dream of our country giving up nuclear weapons." It also said countries that support the sanctions will "pay heavy price for what they have done."

The U.S. drafted the most recent resolution to impose sanctions on North Korea, which was unanimously passed by the United Nations Security Council on Friday.

The sanctions are a response to another ballistic missile test by North Korea on Nov. 28. The country claims that missile is capable of "striking the whole" U.S. mainland.

North Korea called the sanctions, which could cut its oil imports by 90 percent, a "complete economic blockade." But while the sanctions are meant to curb nuclear development, Sunday's statement implies they won't.

And so far, sanctions have had little to no effect on halting North Korea's nuclear efforts.