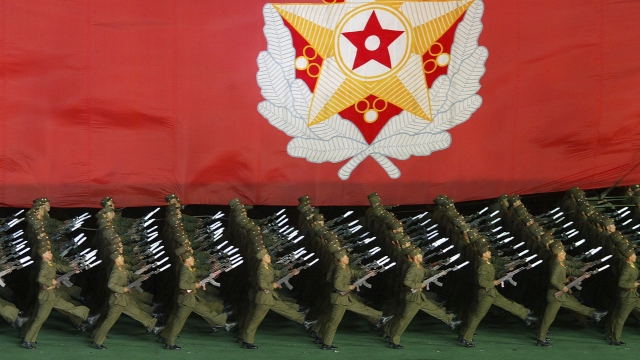 China has gotten more vocal about its criticism of North Korea. And the North clearly isn't happy about it.

In a rare and scathing commentary, state-run Korean Central News Agency criticized China for making a "string of absurd and reckless remarks" about the North's nuclear weapons and ballistic missile programs.

And the editorial ended with a stern warning: "China had better ponder over the grave consequences to be entailed by its reckless act of chopping down the pillar of the DPRK-China relations."

The angry commentary was published after Chinese state media released a series of editorials criticizing North Korea and its nuclear program.

Still, it's pretty surprising that North Korea would put China on blast like this.

After all, Beijing is North Korea's closest ally and its main supplier of food, weapons and other goods.

The Trump administration has been pressuring China to crack down on sanctions against the North in order to contain the country's nuclear and long-range missile activities.

But China has remained hopeful that military action won't be necessary. Earlier this week, China urged the U.S. and North Korea to "stop irritating each other."