North Korea Blames US For Failure To Reach Nuclear Deal 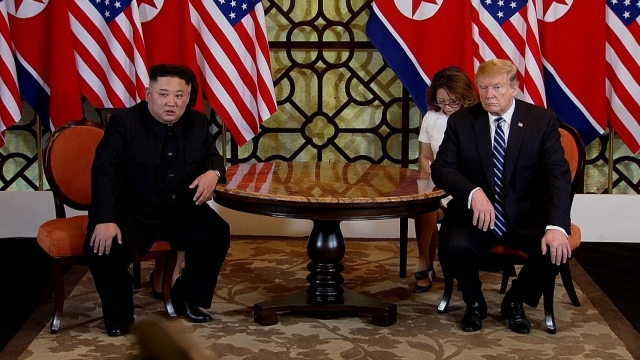 North Korea has finally spoken up about last week's summit with the United States, and it's not framing the meeting as positively as the U.S. did.

The summit ended with no deal between North Korean leader Kim Jong-un and President Donald Trump. At the time, U.S. officials said the countries couldn't reach an agreement because North Korea wanted all sanctions lifted in exchange for closing one nuclear facility.

Still, the United States framed the meeting positively. In a press conference closing the summit, President Trump said, "This wasn't a walk-away like you get up and walk out. This was very friendly." The president also walked back previous accusations that Kim was behind American student Otto Warmbier's death.

North Korea was relatively quiet about the meeting, and citizens weren't told a deal wasn't made. This week, state media even aired a documentary that painted Kim's return home as triumphant.

Then on Friday, North Korea's tone changed. State media acknowledged the lack of results but blamed the failure on the United States.