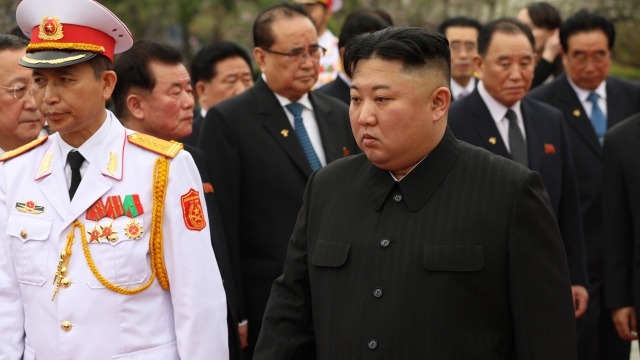 According to the state-run Korean Central News Agency, North Korean leader Kim Jong-un has checked out the new weapon system and says its development "serves as an event of very weighty significance in increasing the combat power of the People's Army."

The news agency doesn't say what type of weapon was fired, and U.S. Defense Department officials say they didn't detect any missile launches.

The news comes shortly after the U.S. envoy for North Korea traveled to Russia to discuss the denuclearization of North Korea with Russian officials. The Kremlin announced Monday that Kim and Russian President Vladimir Putin are preparing to meet for what's most likely the first time.

President Donald Trump has met with the North Korean leader twice now, but their last meeting ended on a bit of a sour note when they couldn't come to an agreement. Since then, North Korea has threatened to end denuclearization talks with the U.S., and there have been numerous reports that North Korea is rebuilding some of its rocket sites. Kim said last week that he'll give the U.S. until the end of the year to decide if there will be a third summit.