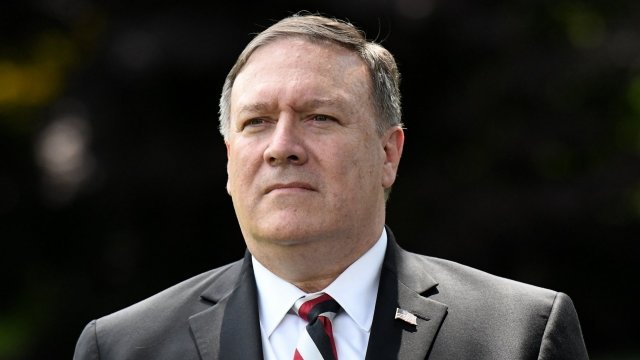 We might have a better idea why Secretary of State Mike Pompeo's North Korea trip was canceled.

President Trump canceled the trip Friday, hours before Pompeo was set to leave with his new special envoy. In a tweet, Trump said he felt the U.S. was "not making sufficient progress with respect to the denuclearization of the Korean Peninsula."

It's unclear what exactly was in the letter, but according to CNN, sources familiar with the letter said the official accused the U.S. of not being ready to sign a peace treaty. Without the agreement, the letter allegedly claims North Korea could resume "nuclear and missile activities."

North Korea's commitment to denuclearization has come into question recently. Last week, the top American general on the Korean peninsula told reporters the U.S. is going to have to maintain pressure on North Korea so that "there's not a reason or even an ability" for it to withdraw from its denuclearization commitment. His comments came days after the United Nations' nuclear watchdog agency said North Korea was still developing its nuclear weapons program.