North Korea Has Agreed To Participate In Next 2 Olympic Games 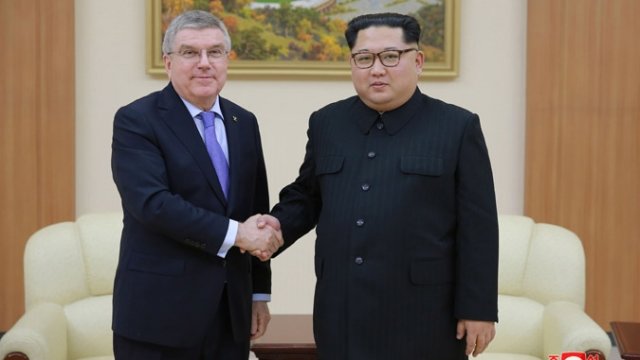 North Korea has agreed to participate in the next two Olympic Games.

North Korea has agreed to participate in the next two Olympic Games — the 2020 Summer Games in Tokyo and 2022 Winter Games in Beijing.

Bach said in a statement that he thinks the joint march with North and South Korean athletes at the 2018 Pyeongchang Games "sent a strong message of peace." He said the North's participation in future Olympics can help lead to a peaceful future on the Korean peninsula.

The two countries are already on a more peaceful track after the 2018 Winter Olympics and will participate in their first summit in more than a decade on April 27.