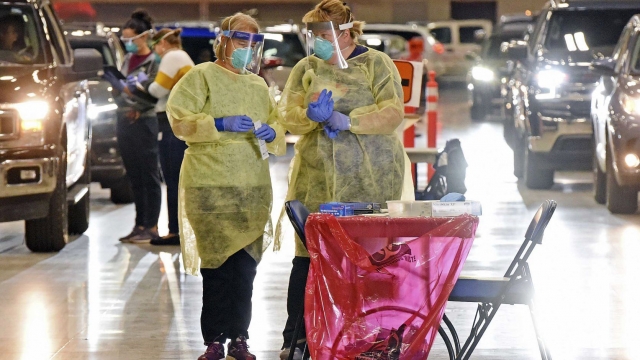 North Dakota and South Dakota now lead the nation in COVID-19 growth rate, even as both state leaders reject the idea of mask requirements.

Over the last week, North and South Dakota recorded the most COVID-19 cases per capita in the country. North Dakota Gov. Doug Burgum and South Dakota Gov. Kristi Noem have both rejected statewide mask mandates, saying face-cover rules would strip people of their rights. Burgum said, "It's about individual decisions, not what the government does."

Health officials say a combination of schools reopening and people becoming tired of following  prevention measures has led to an increase in cases.

Health officials also say more than 300 cases have been traced back to a motorcycle rally in Sturgis, South Dakota last month. Around 500,000 people visited the small town, despite pushback from some residents.