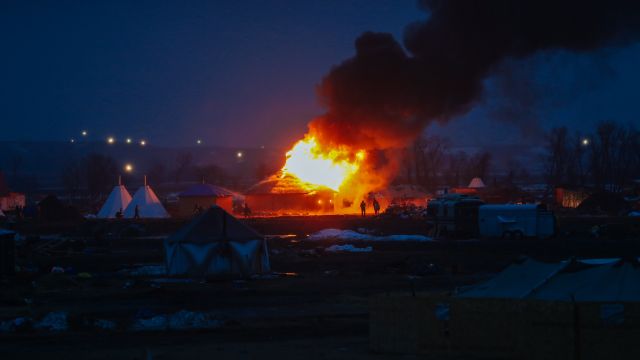 The protest camp outside the Dakota Access Pipeline construction site is going up in flames.

Facing a government deadline to evacuate the camp, the remaining protesters set fire to their structures. Some protesters said the fires were ceremonial. 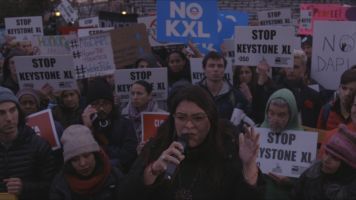 Local police have been clearing out camps after North Dakota's governor signed an evacuation order. The order ostensibly protects protesters from the risk of floods caused by melting snow.

Some of the protesters planned to defy the evacuation order, while others moved to a different camp.