North Carolina To Use Gerrymandered Map For Midterm Election 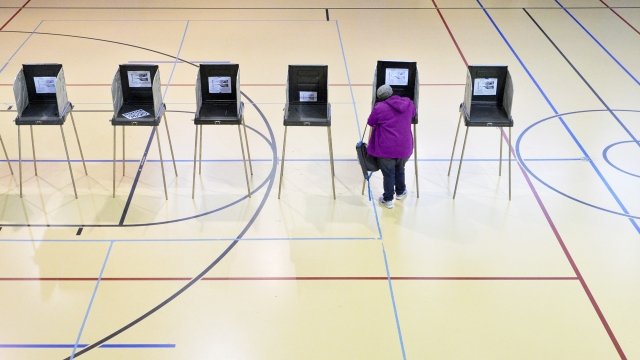 SMS
North Carolina To Use Gerrymandered Map For Midterm Election
By Katherine Biek
By Katherine Biek
September 5, 2018
The court said there's "insufficient time" to fix the map, even though it was ruled unconstitutional.
SHOW TRANSCRIPT

Federal judges say North Carolina's congressional district map is unconstitutional — but it's still going to be used in the upcoming midterm election.

The court said Tuesday that there's "insufficient time" to fix the map.

The judges ruled last month that the districts were drawn with excessive partisanship, favoring Republicans. But they weren't clear on whether a new map would need to be drawn before the Nov. 6 general election and who would be in charge of drawing it.

As Newsy previously reported, redrawing the map before the election could have prompted state officials to re-run primary elections on Nov. 6, and then hold the general election at a later date.

But the judges concluded Tuesday that rescheduling the state's elections would "likely confuse voters and depress turnout."

The judges said the 2018 midterms is the last time state officials can use the gerrymandered map.