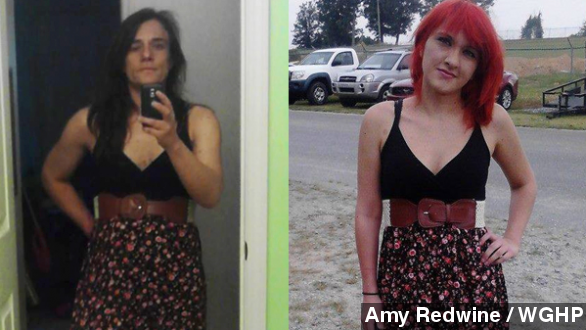 After a teen was sent home on the last day of high school for a dress code violation, her mother will protest by wearing the dress to graduation.

A North Carolina teen was sent home on her last day of high school for allegedly breaking the dress code. And now, Violet Burkhart's mother, Amy Redwine, says she will protest the decision at her daughter's graduation.

"I'm going to wear it in front of everyone and be proud just like she should have been able to on her last day... With two hours left in the day Violet says teachers pulled her aside and said her dress was half an inch too short." (Via WGHP)

According to the Central Davidson High School, the dress code doesn't allow: "Shorts, skirts, skorts, and dresses shorter than mid-thigh. Mid-thigh is a difficult measure..."

"Redwine is not challenging the dress code ... What upsets the mother and daughter more is the manner in which the school dealt with the situation." (Via Yahoo!)

Burkhart says she wore that same dress to school five times that year. On WGHP's Facebook, she commented, "When a teacher comes to you and says grab your crotch and makes you stand there while they measure it in front of everyone that's what's wrong about this..."

Burkhart isn't the only student from Central Davidson High School making news on this issue.

After posting a link to the story on it's Facebook page, WGHP received this comment from another mother of a Central Davidson student claiming the school's policy is out of line.

She wrote, "My daughter goes to the same school and she was sent home. Not for the length but she was told it enhanced her figure too much. Central Davidson high school is a joke."

But in the school's dress code, a clause states, "Principals may elect to enact additional restrictions as deemed appropriate to preserve the educational environment." And that could be the case in this situation.

The debate over policies for women's clothing has been a hot topic lately, with many arguing boys are the ones who need education.

"Instead of shaming girls for their bodies, teach boys that girls are not sexual objects... I feel like guys are born in this world feeling intitled to women's bodies and having their opinion." (Via CBC)

That was Lindsey Stockerm, a high school junior, was sent home for wearing shorts back in May — she made headlines after claiming school officials humiliated here in front of her classmates.

And in mid May, a homeschooled girl was sent home from prom because of "ogling dads." (Via iVillage)

In a blog post she wrote, "I was told that the way I dressed and moved my body was causing men to think inappropriately about me, implying that it is my responsibility to control other people's thoughts and drives." (Via Wine & Marble)

When it comes to ​Violet Burkhart, she says she is proud of her mom fo standing up for her, even if she did break the rules. Burkhart will graduate Saturday.