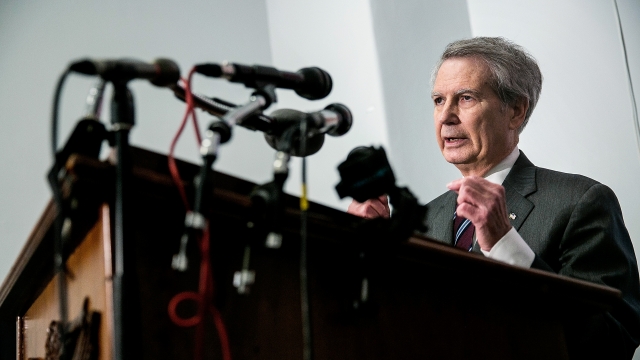 Republican Rep. Walter Jones from North Carolina has died. He was 76.

The congressman's office said he passed away in Greenville, North Carolina, on Sunday afternoon.

Jones' health had been declining since he broke his hip in January, and he was placed in hospice care shortly after.

The lawmaker represented the people of eastern North Carolina in Congress and the state's legislature for over 34 years, according to his office.

The statement said Jones was "known for his independence, and widely admired across the political spectrum. Some may not have agreed with him, but all recognized that he did what he thought was right."

He is survived by his wife and daughter.