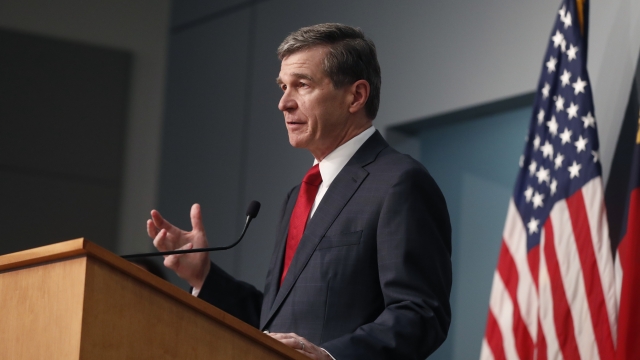 The Republican National Committee and President Donald Trump want the convention in late August to be at full capacity, but Cooper says that is "very unlikely."

He denied the request in a letter addressed to RNC Chairwoman Ronna McDaniel and Convention CEO Marcia Lee Kelly on Tuesday. He said, "We are happy to continue talking with you about what a scaled down convention would look like and we still await your proposed plan for that."

Specifically, he suggested they plan for "fewer people, social distancing and face coverings."

President Trump has threatened to move the convention somewhere else if Cooper didn't agree to full attendance. Possible locations reportedly include Georgia, Tennessee and Florida.

North Carolina Republicans are calling Cooper a "hypocrite" after he participated in protests over the weekend that didn't comply with the state's health and safety standards. A North Carolina GOP spokesman wrote: "We deserve to know why Cooper gives free reign to crowds gathered to riot, but refuses to let citizens peacefully and safely renominate the president."