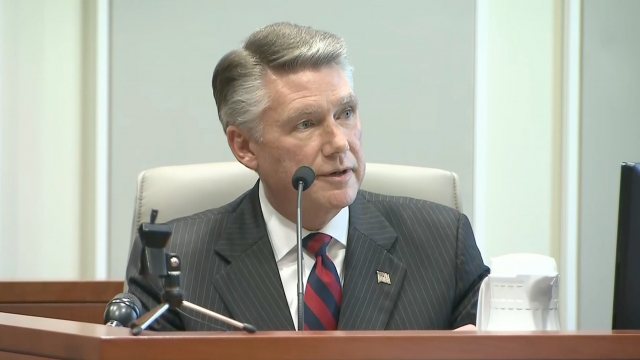 The race between Harris and Democrat Dan McCready has been stalled over allegations of election fraud.

North Carolina State Board of Elections called for a new election in the 9th Congressional District after allegations of election fraud.

The decision came after Republican congressional candidate Mark Harris called for another vote during a state Board of Elections hearing on Thursday. The hearing was meant to decide whether the board can declare a winner in the 9th District vote or if it needs to order a new election. The race between Harris and Democrat Dan McCready has been stalled over allegations of ballot tampering.

"It's become clear to me that the public's confidence in the 9th District seat general election has been undermined to an extent that a new election is warranted," said Harris.

Harris led the race by 905 votes. But in December, his opponent, McCready, withdrew his concession, accusing Harris of supporting "shameful, criminal activity." The State Board of Elections was already investigating claims that Harris' campaign collected and finished people's absentee ballots, which is illegal in the state.

It's unclear if Harris would even run in a second election. The AP reports he told he election board he's been dealing with health issues, including a blood infection and two strokes.