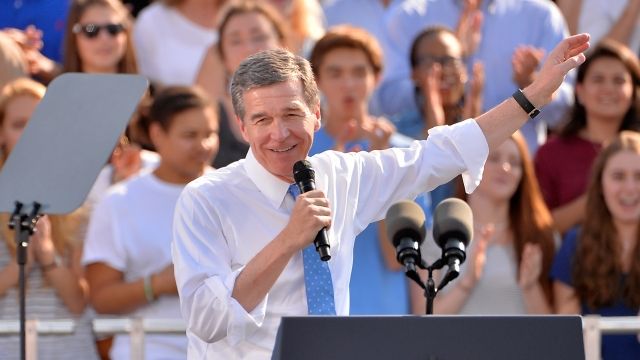 A law forcing North Carolina's governor to get Cabinet picks approved by the Senate was paused before its upcoming court battle.

A North Carolina court issued a restraining order against a law that curtailed the power of the state's new governor, Roy Cooper.

The three-judge panel said a law requiring Cooper's Cabinet appointees to be approved by the state's Senate would likely cause irreparable harm if it was upheld.

The law was quickly passed through the legislature and signed by outgoing Gov. Pat McCrory after he lost his reelection bid to Cooper.

He cites its controversial bathroom bill and restrictions on the incoming governor as reasons why.

Democrats sued to get rid of the measure, claiming it was part of a partisan power grab designed to hamstring the new governor. Republican leaders shot back, saying the court's decision was "a blatant overstep of their constitutional authority."

Judges previously paused a similarly contentious law that removed power over North Carolina's Board of Elections from the governor's party.

Now, the court has to decide if it will extend the restraining order until the March trial, which will determine whether the law is unconstitutional.