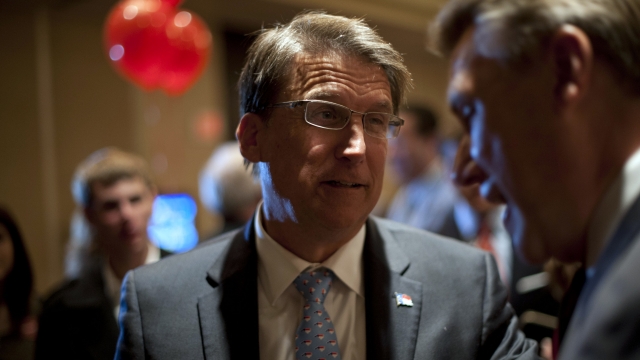 North Carolina's outgoing governor just signed a bill that will take away some power from his successor.

The move came after the focus of a December special session in the legislature turned from disaster relief to political power grab.

Lawmakers approved a disaster relief bill on Dec. 13 that will help with the aftermath of Hurricane Matthew and wildfires in the state.

But 28 new bills were filed the next day — 21 bills in the House and seven in the Senate. They were sponsored almost exclusively by Republicans. And some of those bills — including the one McCrory signed Friday — appear to take power away from the incoming Democratic governor.

Another bill awaiting the governor's signature would take away the governor's power to appoint trustees to the state's university system. It would also require the governor to get approval from the Senate when appointing heads to state departments.

"We're going to be considering hundreds of pages of legislation that should be considered in a normal session — all because Republicans here don't like who the new governor of North Carolina is," said North Carolina Rep. Chris Sgro.

Protests erupted in the state legislature Thursday and Friday. According to the Raleigh News & Observer, about 20 demonstrators were arrested Thursday after they wouldn't leave the House Gallery. Several more arrests were made Friday, according to WTVD.

McCrory lost his re-election bid to Cooper. Cooper has threatened to sue over the latest legislation.