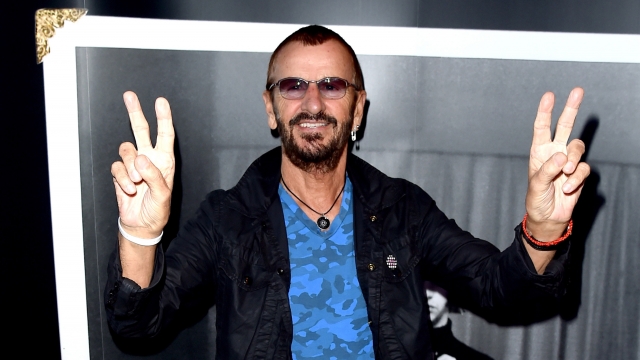 Tickets to see Ringo Starr in concert this summer in North Carolina are officially worthless.

The former Beatles drummer announced Wednesday that his June show is canceled as he protests the passing of the state's so-called "bathroom bill" that some say discriminates against transgender people.

He said in a statement: "I’m sorry to disappoint my fans in the area, but we need to take a stand against this hatred. Spread peace and love."

Starr adds his name to a growing list of artists weighing in on House Bill 2. Bruce Springsteen also pulled out of a planned concert in opposition to the law.

Shortly after Springsteen scrapped his show, a website titled North Carolina Needs You popped up. It basically begs artists to still come to the state and to "use the stage as a platform to make a statement."

According to ABC, that’s exactly what Cyndi Lauper told fans she’d do. Other famous artists like Gregg Allman and Jimmy Buffett have spoken out against the law but still plan to perform.

Buffett said on his website: "I am lucky enough to have found a job in the business of fun. These shows were booked and sold out long before the governor signed that stupid law. I am not going to let stupidity and bigotry trump fun for my loyal fans this year."

We’re guessing Parrotheads in the Tar Heel state are thankful for that.