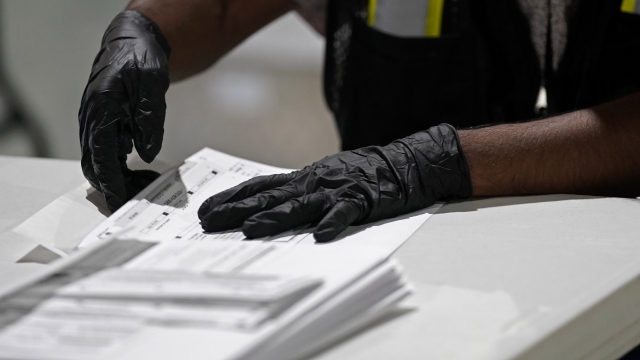 The move means additional votes could be counted in the swing state until more than a week after Election Day.

A federal court ruled North Carolina can count absentee ballots up until November 12 as long as they're postmarked by Election Day.

The 12-to-3 decision ruled against Republican leaders who aimed to block the state's effort to extend the window for counting mail-in ballots.

North Carolina typically allows ballots to be counted that arrive up to three days after Election Day, but last month the state's election board moved to extend that period to nine days due to increased mail-in voting.

The move means additional votes could be counted in the swing state until more than a week after Election Day.