Officials From North And South Korea Will Meet Next Week 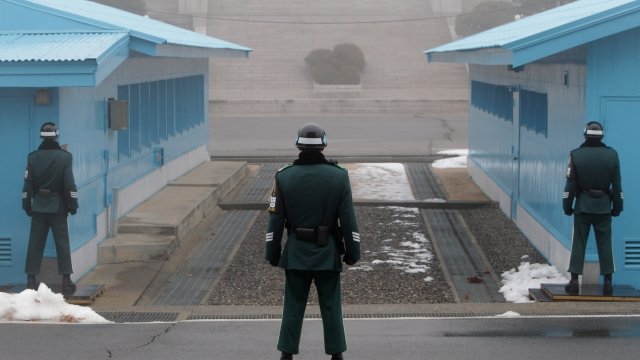 SMS
Officials From North And South Korea Will Meet Next Week
By Ethan Weston
By Ethan Weston
March 24, 2018
It's the latest in a number of meetings between the two countries.
SHOW TRANSCRIPT

North and South Korean officials will meet next week for high-level talks at the countries' shared border.

The meeting is just a warmup for major talks between the two nations' leaders next month. It's basically meant to set the April meeting's agenda.

This is the latest in a number of meetings between the two countries. Earlier this month, a number of South Korean officials met with North Korean leader Kim Jong-un in Pyongyang. And the South also managed to broker a potential meeting between Kim and President Donald Trump.

It's not really clear if the North's new openness to diplomatic relations is genuine or if it's an effort to ease sanctions and buy more time for the country's nuclear program — a very real possibility, given the North's history with denuclearization talks.