North And South Korea Preparing For Leaders To Meet Again 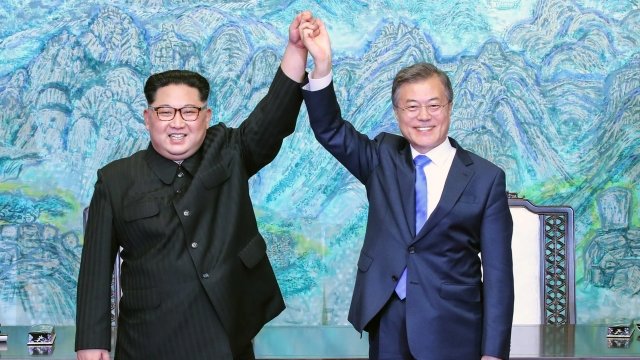 Officials are getting ready for another possible summit between South Korean President Moon Jae-in and North Korean leader Kim Jong-un.

South Korea's Unification Ministry announced Thursday the two sides will hold high-level talks on Aug. 13. Beyond preparation for a new meeting between their leaders, officials are also going to discuss the implementation of a declaration the two signed back in April.

Under that agreement, Moon and Kim agreed to "cease all hostile acts against each other" and work to denuclearize the Korean Peninsula.

At that time, Moon also said he'd scheduled a trip to North Korea for this fall.

But the two leaders have met once more since that historic summit. They held surprise talks in late May to discuss how to get the U.S.-North Korea summit back on track after President Donald Trump originally canceled the June 12 meeting.