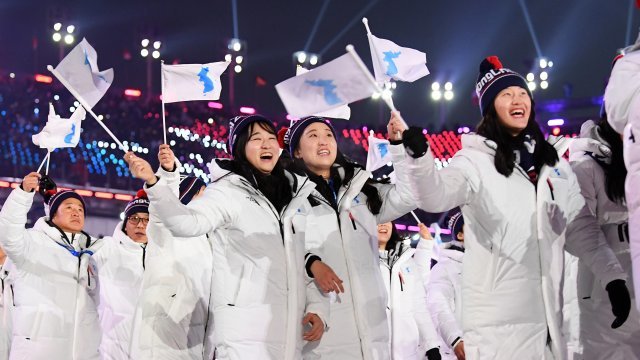 North and South Korea want to compete as one in the 2020 Summer Olympics in Tokyo.

The Koreas competed together for the first time in the 2018 Winter Olympics, which South Korea hosted. In August, the two countries fielded combined Korean teams at the Asian Games in Indonesia.

South Korean President Moon Jae-In has held repeated meetings with his North Korean counterpart Kim Jong Un. That includes a summit in Pyongyang in September where he made a speech calling for reunification.

Meanwhile, the White House says a second summit between President Donald Trump and Kim is in the works as well.