One Of North America's Best Pollinators Could Be Disappearing 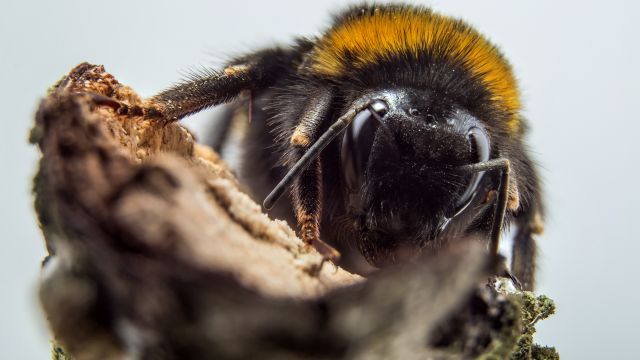 SMS
One Of North America's Best Pollinators Could Be Disappearing
By Lindsey Pulse
By Lindsey Pulse
September 23, 2016
The rusty patched bumblebee population has declined about 87 percent in recent years.
SHOW TRANSCRIPT

A North American bee that's apparently really good at pollinating might be added to the endangered list.

The rusty patched bumblebee is known for pollinating cranberries, apples, plums and wildflowers — and wildlife experts say they're disappearing.

The U.S. Fish and Wildlife Service said on Thursday the population has declined at such a rate that it should be considered a threatened species in the U.S.

And this is the second organization to recommend this bee for the list. The Xerces Society for Invertebrate Conservation filed a petition in 2013.

The society reports 87 percent of the bee population has been lost in recent years, and the decline is attributed to a number of things.

The next step in the process is a 60-day waiting period in which members of the public can submit opinions on the proposed designation. After that, the wildlife service will make its decision.

If the bee is added, a habitat will be designated and protected.