Nope, The Moon Still Isn't A Star Or A Planet 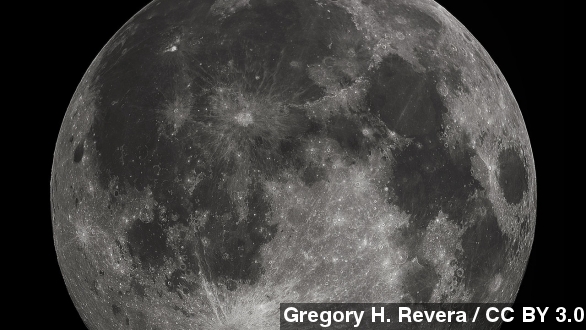 SMS
Nope, The Moon Still Isn't A Star Or A Planet
By Katherine Biek
By Katherine Biek
January 16, 2015
On Monday's show, QVC host Shawn Killinger and designer Isaac Mizrahi got into an argument over whether the moon is a star or a planet.
SHOW TRANSCRIPT

QVC host Shawn Killinger and fashion designer Isaac Mizrahi decided to give viewers a quick astronomy lesson Monday — all while trying to sell a cardigan.

"No, the moon is a planet, darling," Mizrahi said.

"The moon is not a planet," Killinger said.

"What else is it if it's not a planet?" Mizrahi asked.

Although sweaters and astronomy don't really seem like they'd go together, that random argument began after Killinger remarked the green version of the sweater resembled what Earth would look like from the moon.

Turns out, neither one knew what he or she was talking about.

Universe Today defines a moon as "a celestial body that makes an orbit around a planet."

Earth's moon is also sometimes referred to as a natural satellite because it moves around Earth.

ABC decided to find out who else knows the truth about the moon.

"Is the moon a star or a planet?" ABC reporter Nick Watt asked.

"How old are you?" Watt asked.

So it seems this is something we should have learned by second grade.