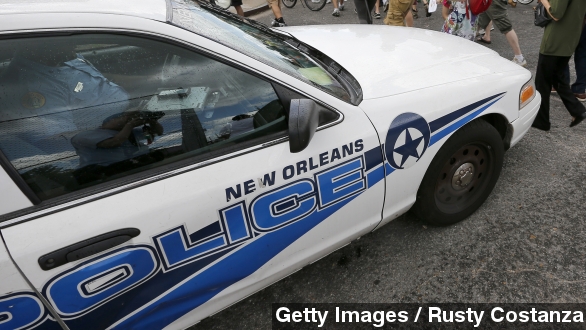 SMS
NOPD Accused Of Mishandling Sex Abuse Cases For Years
By Matt Moreno
By Matt Moreno
November 13, 2014
New Orleans PD handled 1,290 sexual abuse calls over three years. The majority of those were filed as "miscellaneous" and no reports were written.
SHOW TRANSCRIPT

The New Orleans police department is under heavy scrutiny after a new report found multiple detectives never looked into several cases of reported assault — many cases in which DNA evidence was mishandled.

The report comes from the city's inspector general and calls out at least five detectives investigating abuse crimes for failing to do their job properly. WGNO and WVUE highlight two of the many cases.

VIA WGNO: "In one case, a 2-year-old was brought to the hospital with a sexually transmitted disease, yet the case was closed. The detective, citing the 2-year-old, didn't disclose information that would warrant a criminal investigation."

VIA WVUE: "In a separate case, the report states that a nurse collected potential DNA from a victim in a sexual assault kit, but the NOPD detective never submitted the kit to the DNA lab."

And stories like this were reportedly not a rarity within that unit.

Over a span of three years, the department handled 1,290 sexual abuse calls. Detectives marked 840 as "miscellaneous" and didn't write up reports on the incidents. In the 450 reports that were written, a supplemental report wasn't filed 60 percent of the time. Only 105 cases — an astonishing eight percent — were sent to the D.A. Seventy four of those were accepted.

According to the report, one detective told colleagues they "did not believe that simple rape should be a crime." Simple rape is the term used in Louisiana when a victim is incapacitated or unable to consent. Another detective, when asked to supply four supplemental reports for cases in 2010 and 2011, created the reports in 2013, but marked them as being created in 2010 and 2011.

The Times-Picayune reports this individual was Detective Derrick Williams who was the lead investigator into rape allegations against former New Orleans Saints player Darren Sharper.

Sharper is accused of drugging and raping several women in multiple states with at least two alleged incidents occurring in New Orleans. Sharper has pleaded not guilty. (Video via CNN)

The five detectives along with two of their supervisors have been reassigned to patrol duty until the investigation is complete.