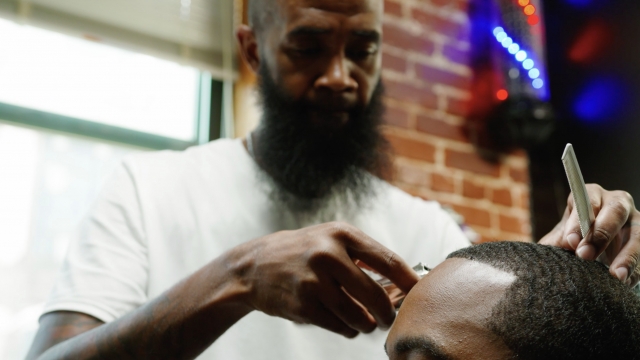 SMS
Nonprofit Trains Black Barbers To Be Mental Health Advocates
By Bianca Facchinei
By Bianca Facchinei
September 14, 2022
Clean Is Mandatory barbershop partners with The Confess Project to teach barbers how to be mental health advocates for their Philly community.

People say getting their hair cut is like therapy. But in this Philadelphia barbershop, it's not a joke.

"Looking at your hair, you're looking in the mirror, you just feeling good," said Andre Scott, owner of Clean Is Mandatory.

NEWSY'S BIANCA FACCHINEI: What is it about barbershops that make them an easy place to open up?

ANDRE SCOTT: They see you week in, week out for years and you build a relationship.

Scott has been a barber for over three decades. In that time, he's done much more than cut hair.

"'I'm just done. I'm ready to give up.' When you hear that quitting, that anger ... Those are some key words you need to jump on real fast," Scott said.

He has always has a good relationship with clients. But it was The Confess Project — a nonprofit that trains barbers to be mental health advocates — that helped him take it a step further. 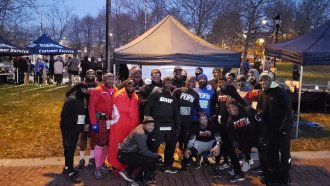 "The more barbers we train, the more people we can get into counseling, get into a support group, or find other resources that we've been able to help people with — from housing, food and hunger and all the other things that come around mental and well-being challenges," The Confess Project Founder Lorenzo Lewis said.

Lewis was inspired to make a difference after his own journey with depression and anxiety. He says he knew right off the bat that barbershops were the right place to start.

"I knew very well what it felt like to be in beauty shops and barbershops, and knowing that my first barber was my mentor, it played a huge, huge role in my childhood," Lewis continued.

It's a theory backed by research.

A study from Harvard says, "Barbers can engage communities at their grassroots levels and provide an important piece to a puzzle that in some cases can mean the difference between life and death."

"I had a client come in my chair and ask for a haircut, a good haircut. So, he described to me the best haircut, and I said, 'I got you. I'll give you a good haircut any time.' He said, 'No, this is my last haircut.' I figured he was moving or going to jail. I didn't know what was going on. He enlightened me that he was going to take his own life," Scott said. "I literally took off that day at work and was with him all day. All praises to God, he actually didn't take his life. ... That was definitely life-or-death because out of all the people in his life, he decided to open up to me." 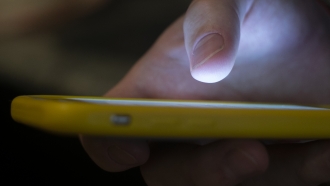 That's one of many examples Scott gave to demonstrate the impact he's had on his clients. But he acknowledges it's a two-way street.