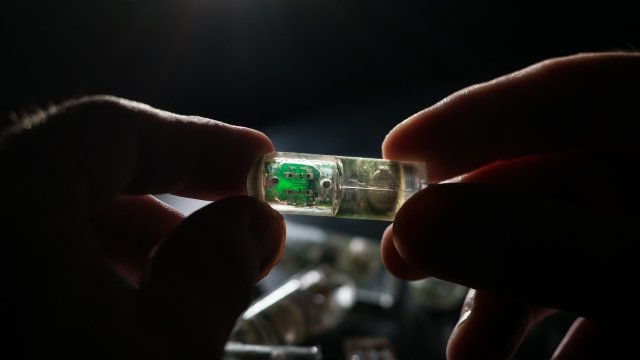 SMS
Swallowable Sensor Could Test Your Gut And Send Results To Your Phone
By Lindsey Theis
By Lindsey Theis
May 25, 2018
A tiny ingestible sensor with genetically engineered bacteria could be used to test for several different illnesses.
SHOW TRANSCRIPT

This little ingestible sensor could be the way doctors in the future could see inside you. This is the IMBED, or Ingestible Micro-Bio-Electronic Device. It can diagnose gastrointestinal problems by detecting unhealthy molecules and sending readings to a cellphone.

"That could be important for managing or diagnosing a bunch of different diseases," said Phillip Nadeau, an MIT graduate student.

Two doctoral candidates from the Massachusetts Institute of Technology are behind the tech. They told Newsy they aimed to build a less invasive way to detect everything from colon cancer to Crohn's disease. For example, if someone currently needs to be tested for a bleeding stomach ulcer, they'd have to get an endoscopy. 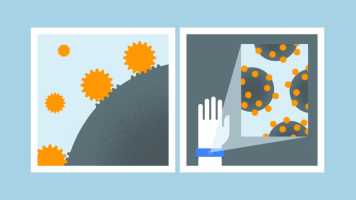 Google To Use Nanoparticles, Wearables To Detect Disease

IMBED is compact. It's made of a 1.5 inch sensor and a battery that can power the device for a month and a half of continuous monitoring.

Researchers genetically engineered bacteria in the capsule to light up when it detects disease-driving molecules. The light is then converted into a current and sent to a cellphone, where the readings can be seen on an Android app.

Right now, the IMBED is just a prototype, a proof of concept. It hasn't been tested in humans, but it's successfully detected stomach bleeds in pigs.

And it's not the only device of its kind. Earlier this year, Australian researchers ran the first human trials involving a gut-gas detecting capsule that sends results to a cellphone.

But the MIT team says the IMBED is so adaptable, it could one day detect whatever a doctor or researcher wants it to. And they plan to make it easier to swallow, too.

"We think that with further engineering work, we would be able to reduce the size maybe by about a third in terms of the volume to really help drive this towards potential clinical use," said MIT student Marc Mimee.