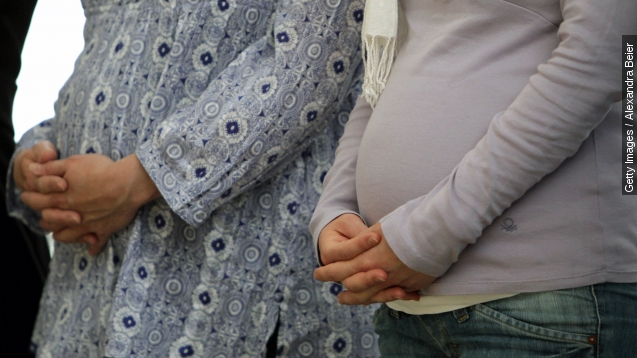 Prenatal tests are designed to detect genetic diseases or birth defects in the fetus before the baby is born.

But now, those same tests may also be able to detect if the mother has cancer.

Upon taking a second look, the women's fetuses were healthy. But a more thorough look at the mothers' blood taken during those noninvasive prenatal tests showed all eight women had markers for cancer.

The study's lead author told The Wall Street Journal that this finding is just further evidence that women should have their prenatal testing results confirmed by another test, especially if the results come back positive.

CBS spoke with one mother who discovered she had cancer while she was pregnant with her son. She ended up giving birth early so doctors could start her cancer treatment.

"I'm thankful for every minute I get to spend with them. I refuse to believe that there's gonna be any other outcome than 'it's all gonna be okay,'" Marin Mejia said.

The Washington Post reports researchers still don't know if these noninvasive prenatal tests are able to detect all types of cancer and at what stages. The lead author told the publication, "It's important to emphasize this test was not designed to detect cancer."

The study, which was published in the Journal of the American Medical Association, was funded by a company that produces a noninvasive prenatal test.