WEWS: Families Close To Opioid Epidemic Get Gifts From Nonprofit 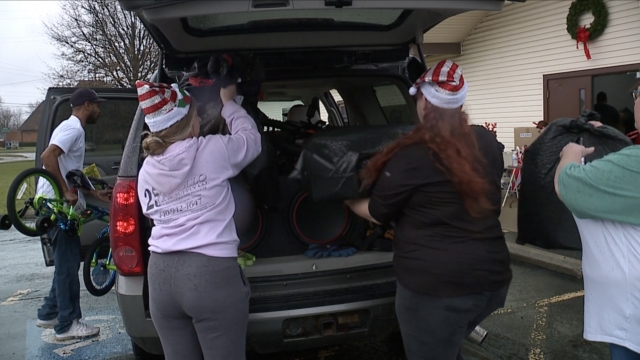 The opioid epidemic claims the lives of thousands of Ohioans every year, with many leaving families and children behind. A local nonprofit is stepping in to help bring joy to those children during the holiday season.

The organization was founded four years ago by Keli Clark, a mom in the Sandusky area who lost her daughter, Noelle, to the opioid epidemic. Since then, chapters of the organization across the state and in Florida have helped children touched by the epidemic with their annual Christmas gift distribution and other events held throughout the year.

Robbie Slapnick of Cleveland is one of the people being helped by the organization. "I have four grandkids that are my life. So I do everything I can resource-wise to provide Christmas besides what their beautiful mom does," said Slapnick. She said it's hard to make ends meet and make sure there are gifts under the tree. "It's Christmas. People don't have the money. And the kids expect so much now," said Slapnick. Fortunately, she has a couple of angels on her side from Project Noelle. "For me as a grandma, especially with grandkids, it is so easing on the soul to know someone is helping you," said Slapnick.

The group helped 350 kids last year and are helping 475 this year, and the gifts donated by good Samaritans keep getting better."Bikes, TVs, iPads, you know so it's a great, great thing," said Derov. But still, she wants the organization's reach to grow even wider and is hoping more people continue to learn about Project Noelle. "I feel as though we're really only touching on Cuyahoga County. We're basically, you know, reaching the people on the west side, and it could be so much more, really," said Derov. Those who do know about the organization, like Slapnick, can testify to the impact Project Noelle has had on their lives."Last year when I came home, I felt like I was driving a sleigh home. I felt like Santa Claus. And to me, that moves me. This moves me," said Slapnick.

More information about Project Noelle can be found here.

The story was originally published by Jade Jarvis on news5cleveland.com.