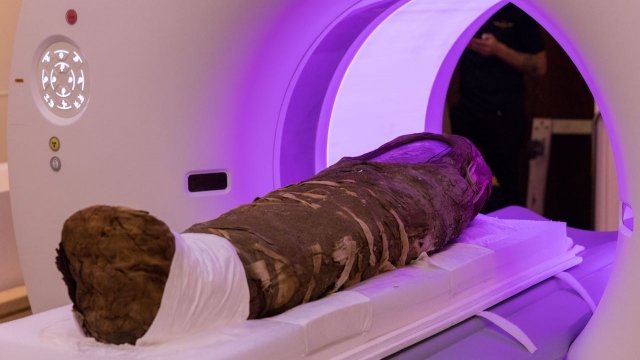 Mummies are extremely delicate, which makes studying them all the more challenging. But a new non-invasive method could help us better uncover the hidden lives of these ancient people.

On Nov. 27, scientists performed a first-of-its-kind experiment on a 1,900-year-old Roman-Egyptian mummy at Argonne National Laboratory in Illinois. They used X-rays to look at stuff inside the mummy without unwrapping it. They hoped to learn more about how the mummy's body was prepared and what she was buried with.

They also wanted to get a closer look at her bones and apply the findings to other research on differences in bone density across populations. 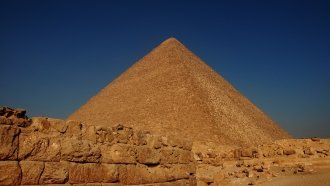 Scientists Found A Secret Chamber In The Great Pyramid

The mummy is known as a portrait mummy — one of only about 100 in the world — decorated with a lifelike painting of the deceased girl's face.

The scientists said they gathered some preliminary information but will release their full findings in January.