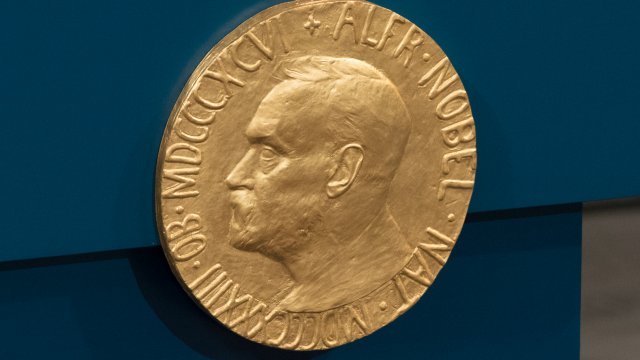 SMS
Nobel Prize In Literature Postponed After Sexual Misconduct Scandal
By Ethan Weston
By Ethan Weston
May 4, 2018
The Swedish Academy will award the prize in 2019.
SHOW TRANSCRIPT

The Swedish Academy has postponed giving out this year's Nobel Prize in literature until 2019.

The academy has been thrown into disarray after sexual abuse allegations against one member's husband came to light. The allegations have lead to infighting, and six members of the Swedish Academy have stepped down.

Jean-Claude Arnault, a French photographer, is at the center of the allegations. He faces multiple accounts of sexual assault, including groping Sweden's crown princess. He has denied the allegations. His wife, Katarina Frostenson, was a member of the Swedish Academy.

In a statement on its website, the Nobel Foundation said it presumes the Swedish Academy will "put all its efforts into the task of restoring its credibility."

The last time the academy skipped a year for the prize in literature was at the height of World War II in 1943. The rest of this year's Nobel prizes will be given out as usual.