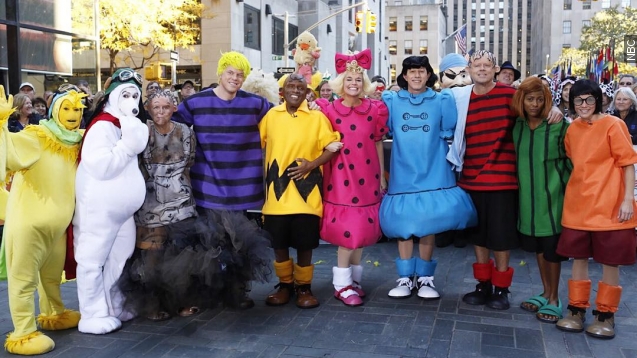 If you watched American news Friday, you weren't tricked.

George Stephanopoulos dressed up as Ed Sheeran ... and accidentally fell off stage.

Cameos included: Robin Roberts as Cookie Lyon, Amy Robach as Taylor Swift and #squad, and Lara Spencer as "the Donald" himself.

Matt Lauer was in drag — again.

Al Roker was a white boy.

"For the second time in two months, the NTSB is investigating an engine fire on a Boeing jetliner," Charlie Rose said.