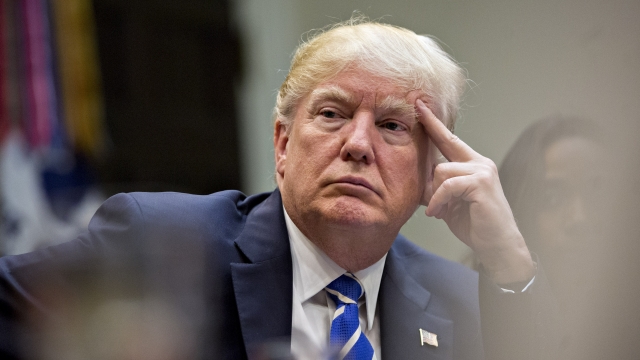 President Donald Trump said the U.S. will help "poor and starving countries" by buying more domestic farm products with money it makes from tariffs on China. Those products will then be sent over to those countries as humanitarian aid.

President Trump said the U.S. could potentially buy $15 billion worth of goods from farmers, which he said is "far more than China buys now," and the U.S. still has more than $85 billion left over. The purchases will also help make up for the decrease in demand from China as trade tensions continue.

The Trump administration increased tariffs from 10 to 25 percent on $200 billion worth of Chinese goods on Friday. And President Trump has upcoming plans to place another 25 percent tariff on an additional $325 billion of Chinese products.

The U.S. and China completed another round of trade talks Friday morning, but they still haven't reached a deal. The two countries have been trying to reach an agreement on a trade deal for the past several months. Experts say the hold up has affected both country's economies.

But the months-long trade war has also impacted the farming community. The National Association of Wheat Growers said in a joint statement Friday that these additional tariffs are putting a strain on export markets. In the same statement, the American Soybean Association's president said, “We have heard and believed the president when he says he supports farmers, but we’d like the president to hear us and believe what we are saying about the real-life consequences to our farms and families as this trade war drags on."

In a tweet, President Trump said "tariffs will bring in far more wealth to our country than even a phenomenal deal of the traditional kind. Our farmers will do better, faster, and starving nations can now be helped." He added, the U.S. and China will continue negotiations towards reaching a deal.