No Philadelphia Eagles Players Knelt During The Anthem In 2017 Season 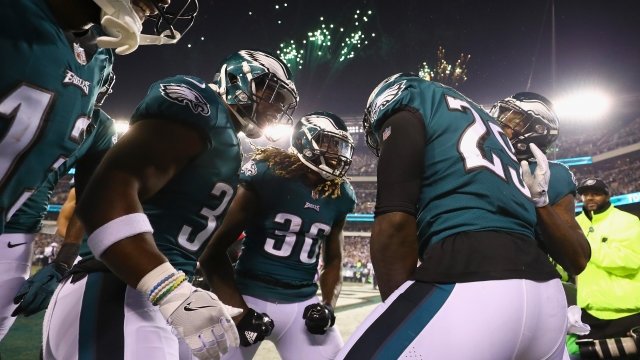 SMS
No Philadelphia Eagles Players Knelt During The Anthem In 2017 Season
By James Packard
By James Packard
June 7, 2018
The president may not have said it outright, but many people made the assumption that Eagles players knelt for the anthem. They didn't.
SHOW TRANSCRIPT

When President Donald Trump canceled an event with the Super Bowl champion Philadelphia Eagles, he lamented NFL players who don't stand for the national anthem. He repeated the criticism on Twitter.

And while the president didn't actually say outright that Eagles players were kneeling during the national anthem, a lot of people made that jump. And the president wasn't careful to clarify.

Eagles players didn't kneel during the national anthem in the 2017 season. One player knelt in the pre-season, but he ended up getting cut before the season started. 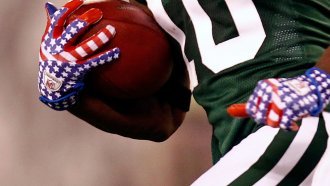 That said, Eagles players have been outspoken in support of players who do kneel. And Philadelphia players criticized the NFL's new policy that requires them to stand during the national anthem if they're on the field.

Before its cancellation, a lot of Eagles players had said they weren't going to attend the event at the White House anyway because of the president. At least one specifically cited the president's criticism of players who kneel. But the idea that Eagles players were part of that specific demonstration isn't accurate.