No, The Border Wall Wouldn't Cost Less Than The Obamacare Website 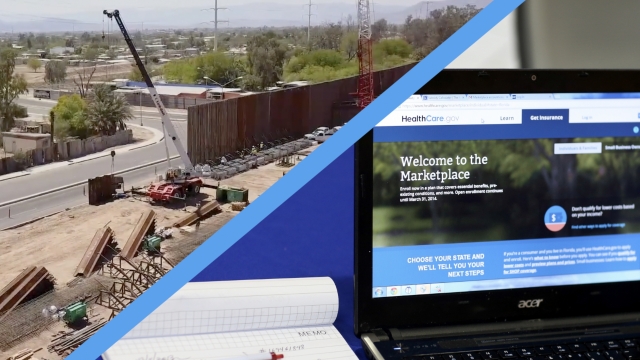 Immigration has been a signature issue of President Trump's administration, but recently, he's been turning more attention to health care.

If that sounds surprising to you, it should — because it's just plain wrong.

Let's start with the price tag for building a wall. During his campaign, President Trump said the wall would cost $12 billion. In 2017, the Department of Homeland Security said it would cost over $21 billion. A Democratic Senate report put the price tag at $70 billion. And President Trump's 2020 budget asks for $8.6 billion in new wall funding on top of the more than $6 billion he plans to reallocate to the wall with his national emergency declaration. As you can see, there's a wide range of estimates on how much it would cost.

Since the Obamacare website has already been built, its cost is easier to find, but there's still plenty of discrepancy. In 2014, government officials told Congress the website cost $834 million. However, an investigation from Bloomberg that same year said the cost was over $2.1 billion. A congressional report put the costs over $5 billion. But even that number is still well below the lowest estimated price tag to build the border wall.

It's not clear where this faulty comparison came from. Our partners at Politifact found a Breitbart article from 2017 that compares the cost of the wall with a year of Obamacare funding. But that's talking about the cost for the entire health care program, not just the website.